The Hungry for Music story began in 1992, when Founder and Director Jeff Campbell (in photo) organized a street musician concert to benefit the homeless. Within three years, he formed a 501(c)(3) nonprofit organization, dedicated to expanding opportunities in music for children.

Since then, Hungry for Music has placed more than 13,000 instruments into the hands of aspiring musicians. Children whose trajectory has been altered by the uplifting and life-changing gift of music.

We've delivered everything from guitars and trombones to violins and xylophones to kids in 49 states and 30 countries.

We collect and redistribute more than 500 instruments annually and, in our 25-year journey, we've become a full-time force for good in the musical community. 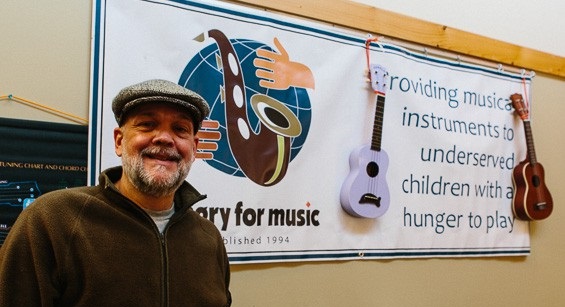 Hungry for Music's purpose is to embrace the positive qualities of music: its ability to create community, to inspire, to express a talent, to unite, and most importantly its ability to heal."
– Jeff Campbell

We Couldn't Do It Without the Hungry for Music Community 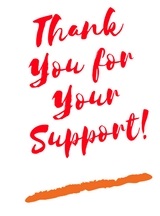 We look back with satisfaction, joy, and gratitude at the number of instruments that we have distributed in our history. At the same time, we are humbled by the knowledge that our outreach would not be possible without the generosity and commitment of the community of volunteers, supporters, donors, artists, and musicians who contribute time, resources, and talent.  They are the life force that flows through Hungry for Music and we would not be able to give the gift of music without them.

The answers to most of the questions you have are waiting here.

Learn about our partners and the innovative programs we support.

View and download our 20-year retrospective in PDF format.

Stay connected with the Hungry for Music mobile app.

Our Timeline - 24 Years of Service

The initial concept grows from an idea for a class project at The George Washington University, where founder Jeff Campbell is enrolled in the Non-profit Management Certificate Program. The concept was to bring street musicians and other DC music talent together for a concert called Hungry for Music, that would benefit the Coalition Against Homelessness. Concerts were held in 1992 and 1993 and also included a food drive.

Hungry for Music becomes a 501 (c)(3) with the purpose of supporting music education and bringing the positive qualities of music to others through concerts and workshops at schools, church programs, retirement homes and homeless shelters. The first outreach concert is a performance by the late Bob Devlin at the Hospital for Sick Children in Washington, DC in March 1994.

As a way to promote outreach and to help raise money for our instrument donation program, Hungry for Music begins to release CD compilations featuring local DC artists. The first release is a “bootleg” recording of the first Hungry for Music homeless benefit in 1992 called “Special Collection,” which includes Eddie from Ohio, the same year a Christmas compilation was released entitled “A Holiday Feast” that included Bill Kirchen, The Kennedy’s, Tom Prasada-Rao and The Graverobbers.

The CD model of fundraising continues with the release of a compilation of baseball songs called “Diamond Cuts,” which includes national recording artists Bruce Springsteen, Bob Dylan, Garrison Keillor, George Winston, Jerry Jeff Walker and many others. The spokesperson for the project was Negro League legend Buck O’Neil and part of the proceeds of the project goes to the Negro League Baseball Museum in Kansas City. The CD receives praise from coast to coast, including from the New York Times and National Public Radio’s (NPR) “Morning Edition with Bob Edwards”. The proceeds help raise critical funds for Hungry for Music and increase outreach nationally.

Hungry for Music’s first website is launched and opens us to a worldwide audience. Requests begin to trickle in from around the world. The first instrument donation outside of the Washington, DC area is a Yamaha keyboard to an aspiring 12-year old musician in Michigan.

In the first 10 years, Hungry for Music settles into its niche of providing music instruments to individuals, schools, after-school music programs and social service programs for troubled teens.

As a way to promote outreach and to help raise money for our instrument donation program, Hungry for Music begins to release CD compilations featuring local DC artists. The first release is a “bootleg” recording of the first Hungry for Music homeless benefit in 1992 called “Special Collection,” which includes Eddie from Ohio, the same year a Christmas compilation was released entitled “A Holiday Feast” that included Bill Kirchen, The Kennedy’s, Tom Prasada-Rao and The Graverobbers.

The COFaQue, a popular BBQ competition that began in 1999 amongst several friends, begins to donate its proceeds to Hungry for Music. The COF stands for “circle of friends” and we have continued to enjoy the spirit of the community at Quail Ridge Lake in Aldie, VA and the hospitality of the Scott Raughton family. The COFaQue will be at a new location in 2014 because of development in the Quail Ridge Lake area. (www.cofaque.com)

We receive our first foundation grant from Vanguard Charitable Endowment program. This could not have come at a better time, as the fundraising efforts from CD sales (about 25% of our revenue) dropped significantly with the end of that medium in the music industry. The CD fundraisers served us well, but seeking more foundation and business partner support in the future is a must for us to keep up with the demand for instruments and to increase our outreach.

Hungry for Music was approved for the United Way’s Combined Federal Campaign (CFC). Being included in the CFC is an enormous benefit for us. It allows us to link with other charities in the Children’s Charitable Allowance. It also allows us to receive contributions from tens of thousands of federal workers and others in the Washington, D.C. area. If your employer offers you the opportunity to participate in the CFC, please select HFM as a recipient of your donations. For more info on CFC click here: www.cfctoday.org.  Our CFC organizational number is 57022.

In our 20th year, we launched a new mobile-friendly website and our vision is to annually increase our outreach. Over the last 5 years, we have been averaging over 500 donations per year, providing musical instruments that allow children to participate in music programs whose parents do not have a budget to rent or purchase an instrument for their child.

This was the year of rockers! We sold CD’s at Foreigner, Korn, and Breaking Benjamin concerts; we partnered with Todd Rundgren for an instrument drive at Notre Dame; and we were one of three charities to benefit from an Avett Brothers/Cheerwine concert event, Indigogo campaign, and Deering Banjo auction on eBay. We are grateful for all.

We’re off and running this year; with more than 100 instruments already delivered and some exciting things in the works. Road trip! Stay tuned… 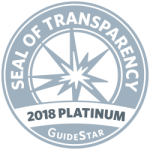 © Hungry for Music.
All rights reserved.